I am glad you have finally decided on a career change.
A chef is certainly a better profession than the one
now . No doubt a security guard's pay may be
good.....well, that is equivalent to RM50 an hour
which is what most people earn in a day in
Malaysia.....but that would be more or less what will
you earn for the rest of your life unless you make supervisor or something like that.
Sure, you can bring in more than RM10,000 a month, but
don't you find after more than four years that that job has become
rather stale? After all, we did not send you to the UK
just to work. We wanted you to obtain an education as
well. At least in the event you wish to come back to
Malaysia you would be armed with a piece of paper that
could help get you settled down quite comfortably.
Some chefs in Malaysia earn more money than the F&B
manager, so you are certainly on the right track here.

Okay, now to your question of pork. Of course you are
going to face the dilemma of having to cook pork,
especially in the UK . I really don't know what to
advise you - Muslims are forbidden
from eating pork. But you are only forbidden from
eating it. I do not know if this means you cannot cook
it or serve it as well. As you suggested, you can
always wear gloves and not come into direct contact
with the meat. And if you accidentally come into
contact with the meat you can always samak (clean)
yourself.
Alright, on the issue of samak that you
raised, I suggest you ask the Imam or one of the more
knowledgeable chaps at the Islam Centre in Manchester
.. No doubt, samak in the traditional or 'old' sense
means cleaning with sand. You see, sand has a
purifying affect and that is why water filters use
sand to clean dirty water. But today there are many
other and modern cleansing agents that do the job
better. Take Vim as one example. It is very coarse,
like sand, and it can clean even black pots, pans and
kettles and they become like new again. Can cleaning
with Vim be regarded as samak or must you actually use
real sand? I am sure Manchester 's Islam Centre can
shed some light on this matter.

Nevertheless, if you are careful and not too clumsy,
you can actually cook pork without touching it. I am not about the fumes though and whether this will stick to your clothes and body. But
let us assume you do not come into any contact whatsoever with the meat then I suspect there is no harm in you cooking it. As
I said, you just can't eat it, that's all. I mean,
even in Saudi Arabia they sell Hush Puppies and these
are made from pigskin. But the skin is cleaned when it
is processed into leather, so it is considered already
samak and therefore is regarded as clean. Now, liquor
is another thing altogether. Not only are you not
supposed to drink liquor, but you are not supposed to
serve, keep, profit from, or handle liquor in any way.
In short, you must have absolutely no dealings with
liquor, not only must you not drink it.

Okay, on the point you raised about the MAS stewards
and stewardesses. No doubt they serve liquor onboard
the MAS flights and the Muslim stewards and
stewardesses serve you. But this does not make it
okay. Even though they might not drink
the liquor, the fact that they serve it is as bad as
they are drinking it. And the haram act is not confined
to just the stewards and stewardesses. The pilots
are also accomplices. So are the Directors of
the company. The shareholders are also earning haram
income. And if ASB or Tabung Haji also own shares in MAS
then those who invest in ASB and Tabung Haji are also
earning haram income. This is very clear and there
is no compromise on the issue. So steer clear of liquor
at all costs even if you have to take a lesser salary at a
liquor-free establishment. But is this possible in the UK ? I suppose if in Muslim-owned establishments like the Pernas hotels and MAS they are not
too concerned about liquor, you may have to also
overlook this issue. If not, where in heaven's name are you going t work as a chef in the UK if you insist on a liquor-free establishment? And when
you come back to Malaysia and work as a chef in a
five-star hotel, even those owned by the government, you cannot avoid liquor.

On the matter of wishing your friends there 'Merry Christmas', I would not worry so much about that if I were you. Actually the jury is still out on this one. No doubt some people have come out
with fatwah (decrees) that we are not supposed to
wish our non-Muslim friends a happy anything. I
really don't know. Maybe, as they say, it is wrong because then w would be considered aping or following the non-Muslims, so that would therefore make us non-Muslim as well. But there are so
many other things non-Muslims do which we follow, so would this not make us non-Muslims as well?

I mean, just look at the financial and monetary system. We use paper money and float bonds, promissory notes, letters of credit and so on.
All these are creations of the non-Muslims. Yet we use these instruments in our daily life. If we are really concerned about being 'proper' Muslims and about not aping the non-Muslims, then we should
revert to gold coins instead of paper money. In fact,
paper money is only a promise to pay. And paper money
is a big risk, a gamble, as it fluctuates in value.
Islam would certainly not endorse this but name me one Muslim country that does not indulge in it.
And what about the practice of putting paper money in Ang Pows every
Hari Raya? Is this not a non-Muslim custom as well which we now follow? As I said, if we are really concerned about being proper Muslims,
then this practice of Hari Raya Ang Pows should be stopped.

According to Dr Mahathir, 80% of the income tax comes
from the Chinese. This can only mean two things.
Either the Malays run away from paying income tax, or the wealth of this nation is mostly owned by the Chinese and that is why they pay 80%
of the income tax. Anyway, 97% of Malaysia 's civil servants of almost one million -- which includes the police and security forces -- are Malays, meaning
Muslims. Can you imagine 97% of one million people -- that is
Malays -- earning a salary from the government which gets 80% of its income tax from non-Muslim Chinese?

How do the Chinese earn their profits for which they pay tax? Other than the normal manufacturing, trading, property development, etc, the Chinese
run lotteries, slot machines, hotels, massage parlours, Karaok lounges, bars, pubs, discos, money lending companies,etc. In short, the Chinese are
involved in every un-Islamic business activity you can think of. But this does not mean that these are illegal businesses because most times they have licences for these businesses. Nevertheless, they are un-Islamic business
activities and they pay licence fees to the governme which again goes into the kitty. Then this tax from this un-Islamic income is used to pay the salaries of
the one million civil servants, 97% of whom are Muslims.

So I would not worry about wishing your friends in Manchester "Merry Christmas". After all, it is more culture than religion and Jesus is also a prophet of the Muslims as much as of the Christians. To me, wishing someone "Merry Christmas", if it is really a sin, is still a smaller sin than some of those others I have mentioned above. Anyway, how can we accept the word of a Mufti or Imam who works for the government and derives his salary from income tax
where 80% comes from non-Muslims and many of whom are involved in businesses that go against Islamic teachings? I mean,would you listen to a Mufti who earns his salary from taxes that comes from Chinese who run
brothels disguised as massage parlours and legally licensed by the government to do so?
Posted by Sharifah Hassan at 4:08 PM 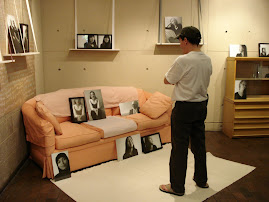